Industry veteran comes to Zurich Canada with a record of success and deep knowledge of the energy sector. 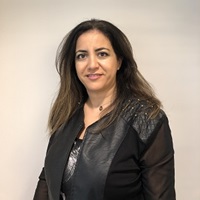 Cendrella El-Helou has joined Zurich Canada as an Underwriting Specialist for the Energy team. El-Helou has held several key positions during her 25 years in the insurance industry. Her background includes underwriting specialization in mining, oil and gas, power utilities, pipelines and refineries, chemicals and other energy areas. She also has strong knowledge of hydrocracking, dam safety management and chemical operations.

El-Helou’s new role was effective as of September 16. She is based in Toronto, reporting to Diane Flynn, Vice President of Energy for Zurich Canada.

El-Helou began her career in Lebanon, where she held various positions during her 12-year tenure in Libano-Suisse Insurance Company. She moved to Canada in 2005 to begin a new life with her family. She started with Marsh Canada Ltd as an Underwriter in the Wholesale Underwriting Group, where she was responsible for the Montreal region. In 2009, El-Helou started with AIG as an Underwriting Analyst, then moved up to senior roles culminating with her work as an Underwriting Specialist within the Excess Casualty team, handling large and complex risks. She brings deep expertise in umbrella and excess liabilities and an excellent knowledge of the various wordings in the Canadian market to her new to her new role.

El-Helou holds a bachelor’s degree in insurance from Saint Joseph University of Beirut and is fluent in both English and French.